Since starting to do larger amounts I’ve started measuring the amounts in the videos each time
And my most so far is 32 fl oz which was sent to me from a guy in Germany
At the time this was a huge jump for me and prior to this I’d done roughly half a pint and my next goal was a pint
Now I’d seen the pictures of it on his profile and even as I had it there frozen I was still thinking it was roughly a pints worth it wasn’t until I was pouring it into the glass I realised it was close to 2 and while filming the boyfriend had to quickly grab me a second pint glass from the cupboard.
However, I currently have an even larger amount in my freezer that I’ll be attempting shortly x

Do you have any record your aiming for?

If you’re interested in watching Miss Scarlett down some hefty amounts of sperm, a link to her Fetlife account is below. 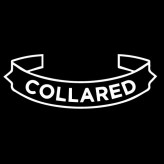